Our leader of academics sees Ohio State forging the path to a better future for generations to come. It’s a mission that took root in her in childhood.

Provost Melissa L. Gilliam catches up with faculty members Ajit Chaudhari and Susan Cole, of the Colleges of Medicine and Arts and Sciences, respectively. (Photo by Jo McCulty ‘84, ‘94 MA)

No matter her degree of success or her official title — counting physician, researcher and professor — Dr. Melissa L. Gilliam always searches for ways to make a bigger impact. In that sense, Ohio State and her new role as provost and executive vice president came at exactly the right time.

In the university, which she joined last summer, Gilliam saw an already important institution seeking to take on the biggest challenges of the day.

“Ohio State is one of those places where, when we do something, people notice,” Gilliam says. “When we lead, people follow.”

Not surprisingly, that is how colleagues describe Gilliam.

“I don’t want to give the impression she is a superwoman, but she doggone sure is close,” says University of San Diego Vice Provost Regina Dixon-Reeves, who worked for Gilliam at the University of Chicago. “She has the capacity to think things through imaginatively and empowers people who work for her to dream and soar.”

While a faculty member at Chicago, Gilliam brought innovation to problem-solving. For example, she saw adolescents and communities of color in need of more control over their health and futures, and she found a way to bring faculty from varied disciplines together to develop evidence-based interventions and novel solutions. The measures included high schoolers as advisors and tools to reach young people where they are.

As a vice provost at Chicago, Gilliam developed similar “human-centered” approaches to recruit, develop and retain faculty. She also led programs in diversity and inclusion, defining diversity in broad terms to include race, income, military service, rural/urban living experiences, ability status and family exposure to college, among other dimensions.

“She is going to do amazing things at Ohio State,” Dixon-Reeves predicts.

Gilliam would say it takes a team. As her career progressed, she realized she could magnify her impact by taking on leadership roles. “Building fantastic teams of people who can take on complex problems is the ultimate in impact,” she says.

She is focusing on academic excellence while recruiting 350 net new tenure-track faculty members. Within that goal is RAISE (Race, Inclusion and Social Equity), aimed at combating disparities by hiring faculty who consider inequities in health, the environment, the arts and creative expression, education with an emphasis on STEAM, justice and public safety, economic opportunity and leadership.

“We’re at an incredible moment in this country,” she says. “If we think about the importance of scholarship that has impact and can change society, scholars focused on service and impact are critical.” 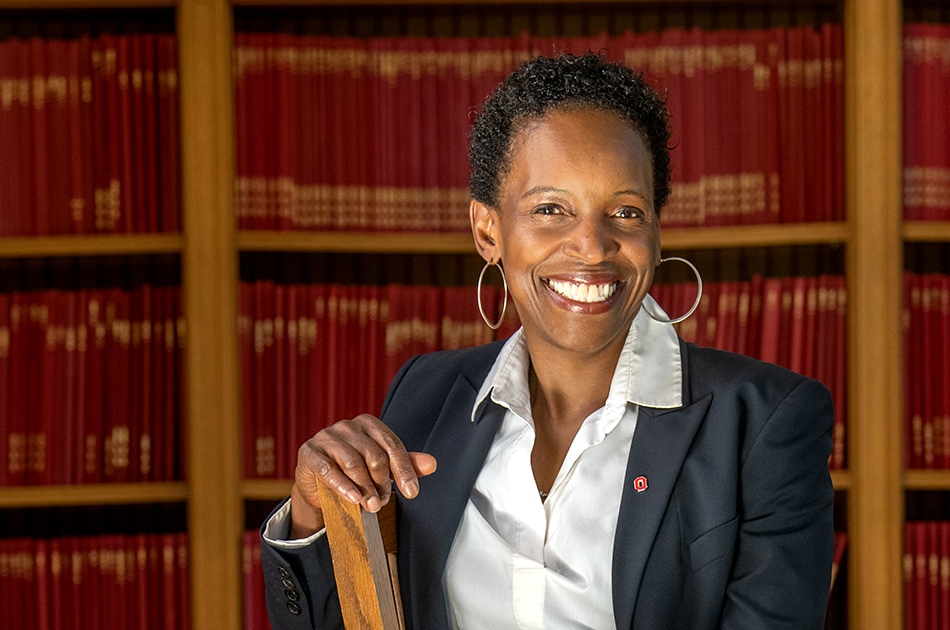 “Beginning when I was about 3 or 4 years old, I would see a problem and think, ‘It doesn’t have to be this way’ or ‘That person doesn’t have to have that experience,’” she says. “I’ve always believed deeply in human potential.”

The new provost says this outlook stems from the inspiration and empowerment imbued by her parents, journalist Dorothy Butler Gilliam and abstract artist Sam Gilliam, both renowned in their fields.

“With my parents,” she says, “I have real-life examples of people who grew up in very financially poor families but with no consideration that they shouldn’t do whatever they wanted to do.”

So they did. And Gilliam followed suit — as a researcher, a physician and an innovative leader in higher education.

“I saw my mom often being the only woman, the only woman of color, in a variety of settings,” she says. “You learn that’s kind of the way it might be, but you keep going anyway.”

Gilliam says growing up in Washington, D.C., and knowing friends of her family who were leaders in a variety of fields, also provided important influences.

“I never understood any of it was unusual. They all said, ‘You can do this.’”

Her father’s impact as an artist also was profound.

“Growing up around art is the most wonderful thing,” says Gilliam, who works in ceramics.

“You realize no matter what is happening in life, people still want to create things that are beautiful or challenging. You learn, if there’s art, there’s hope.”

Our Alumni
How painting helped him cope with OCD

Former tennis player Jeff Sparr is dedicated to helping others build mental wellness through creativity, just as he did.

Just part of the reason: The ceremony was the only one held at the ’Shoe in its centennial year, says Molly Ranz Calhoun.