Already a model for accessibility and empowerment

Caroline Karbowski, an Ohio State senior and a nonprofit leader, builds 3D models for those who are blind or low-vision.

Caroline Karbowski and her team have distributed more than 1,400 3D models in 24 states and 16 countries.

In sixth grade, Caroline Karbowski taught herself Braille so she could read on car rides without getting dizzy. In high school, she learned how to use 3D printers to make tactile models so students who are blind or have low vision can make their own educational discoveries instead of relying on others.

These creations led to a high school project called See3D, which printed and distributed models around the Cincinnati area and displayed them at maker and tech shows.

Since arriving at Ohio State, Karbowski has grown See3D into a nonprofit organization, promoting accessibility in many ways, including through those 3D-printed models. Since 2017, her team has distributed more than 1,400 models in 24 states and 16 countries. They also offer themed model kits with Braille and large-print learning guides.

Karbowski’s most popular models? Human anatomy, welcoming students to learn, hands on, about the brain, inner ear and digestive system. 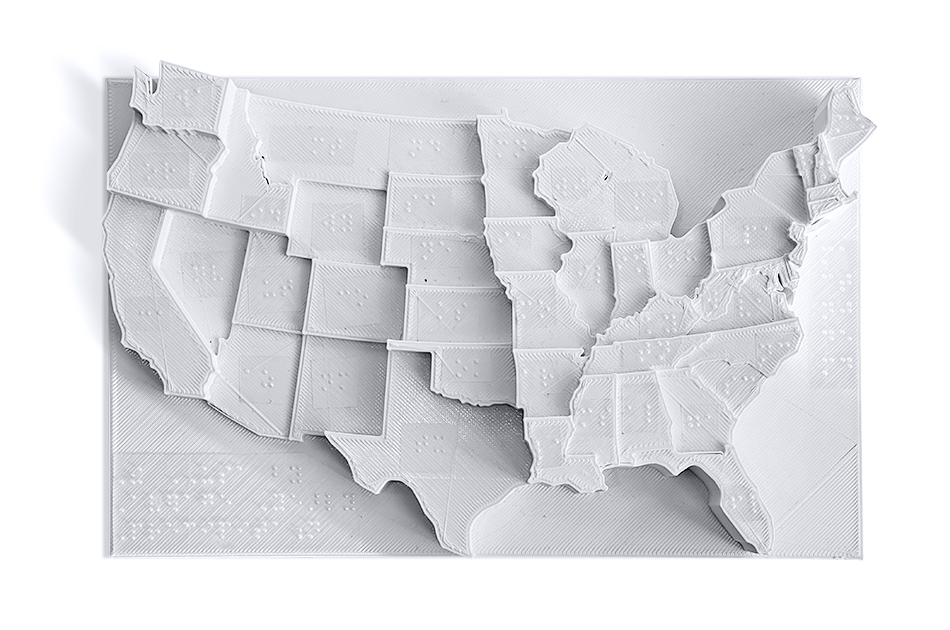 This model depicts average annual precipitation in the contiguous United States. Precipitation is represented in vertical scale: The taller the state, the more precipitation. States are identified in Braille. 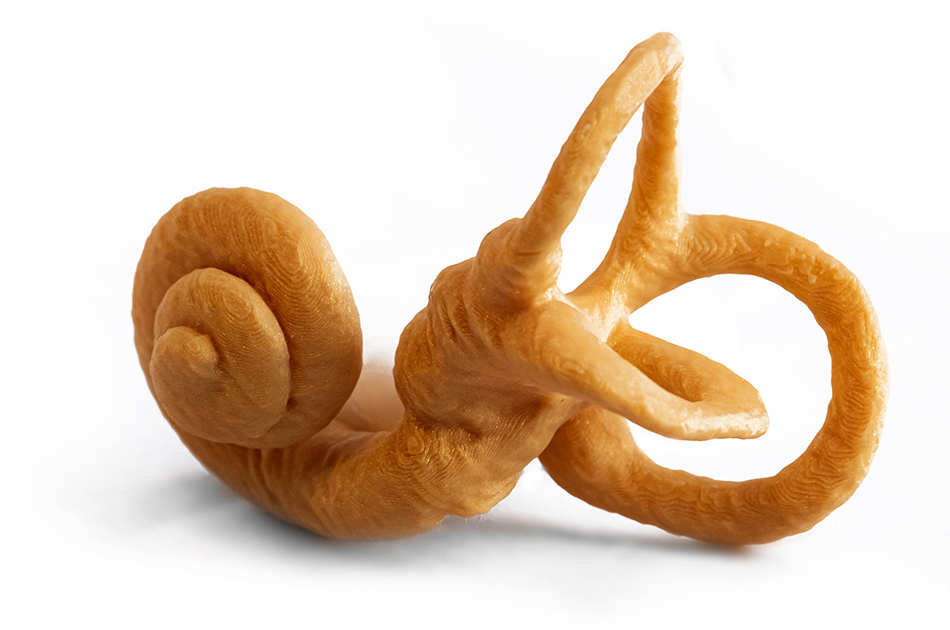 This model demonstrates how the cochlea (leftmost spiral) and the semicircular canals (three loops on the right) relate. The model allows students to feel which canal is behind the other and refers to a companion graphic for more information. 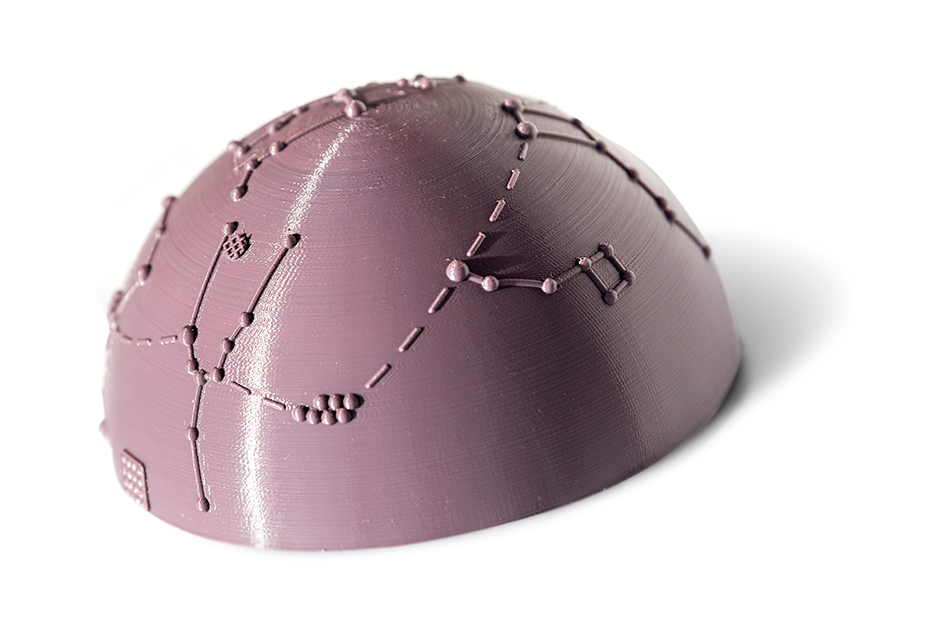 This half-sphere dome offers raised dots representing stars arranged in their constellations. The bigger the dot, the brighter the star. Solid lines invite the user to trace a constellation’s shape. The left constellation is Taurus, and to its right is the Pleiades/Seven Sisters star cluster. Ursa Minor and Ursa Major (Little and Big Dippers) are to the right. Within Taurus is a textured circle representing a nebula, or star nursery. 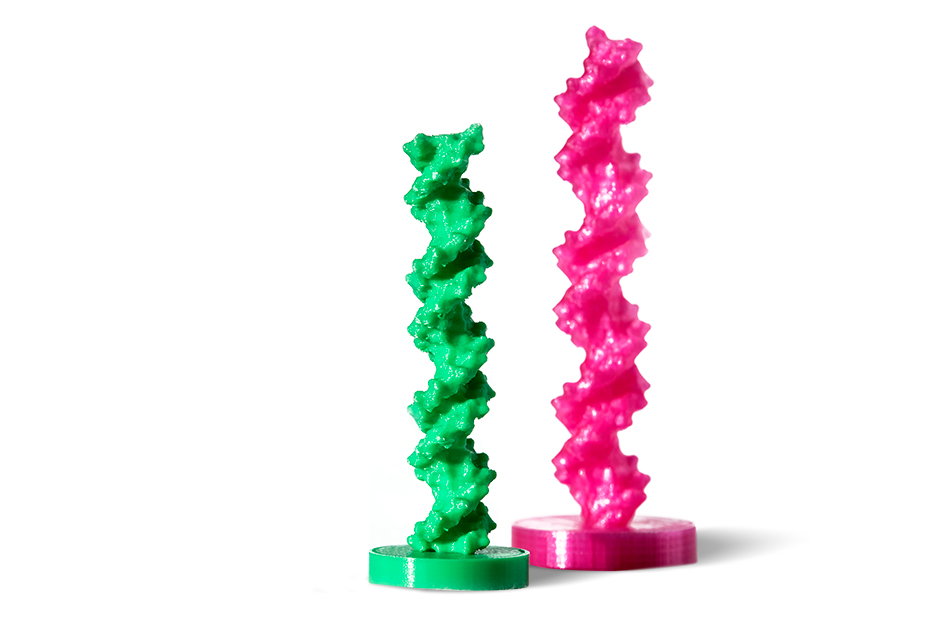 DNA structure is a common biology topic starting in middle school. Understanding the structure of molecules and proteins is crucial because structure leads to function. This model displays the major and minor grooves in DNA, which are areas where other molecules can fit and interact. Logan Wallace, senior photographer in University Marketing and Communications, has been photographing people for 30 years. She worked as a newspaper photographer and small business owner before arriving in higher education. Bicycles and swimming keep her sane. President’s Buckeye Accelerator provides teams with funding, skills building and mentorship to help them help others. With the first major update in 30 years, the program every undergrad must take will offer more flex and real-life value.